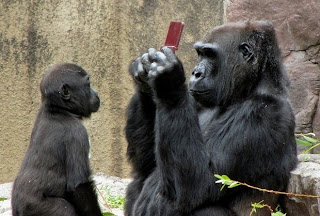 
Donkey Kong is being set loose at Nintendo World!Swing by and go bananas with us and Nintendo World Staff, as we play his new and classic games to celebrate the release of Donkey Kong Country Returns 3D for Nintendo 3DS.Donkey Kong will be here for the first time, so don't miss this unique opportunity to meet him!There will be an exclusive gift while supplies last so run, jump and barrel your way into this exciting event!NOTE: This event is an official event of the Nintendo World store and StreetPass NYC has no relations to the operation of that event. This event page is for fan promotional purposes only.


Come join us for (possibly for the last time) a full moon-lit night dinner with fellow Luigi's fans as we play Luigi's Mansion Dark Moon in one of the most entertainingly haunted places in New York City!
Welcome to the Jekyll & Hyde Club; a Restaurant, bar and social club for eccentric explorers and mad scientists where our guests can eat, drink and socialize among the unusual and the bizarre!
In 1931, Dr. Jekyll fled London and traveled to New York City, a city filled with outcasts and wanderers. Continuing his research in the hope of finding a way to rid himself of Hyde, Jekyll formed a close circle of advisers and allies and together they founded the Jekyll & Hyde Club. It soon became a social meeting place for explorers, philosophers, biologists, and other daring men and women whose exploits into science and adventure we deemed too unorthodox by their colleagues in accepted society. Nevertheless, these visionaries shared a common goal, to understand the darker nature within us all.
Jekyll and his compatriots have filled the club with artifacts and trophies from their numerous amazing adventures. Their histories are summarized on plaques throughout the club. Come visit his very entertaining compatriots strolling in and about the club such as Dr. Sawyer Bones, Ivanta Hacketoff, Colonel Cary Clark, Major Michael magoo, Phillip Andrew Edward Carrington IV, Professor Pricilla Prank, Tippy Toppingsworth, or Ariel Boatsman.
Or witness the bizarre and eccentric characters that spring to life to interact with club visitors. These characters include insecure and somewhat bumbling Zeus; Sidney Femur and Marty Patella as the "Funny Bones" the original vaudeville act at the club back in 1931; Tobias Bloodworth, a friendly werewolf who gets everyone howling along; Sphinx, one of the grooviest of all the characters, brought to the club directly from Egypt by one of the club's explorers; and Fang, a gargoyle from Transylvania and a guardian of the Nether World. These main characters are complimented by a host of other interesting and "of course" deceased characters that come to life at the most unpredictable times.
The modern day Jekyll & Hyde Club is now open to the public. If you are not faint of heart, come mingle with our cast of characters and enjoy a brave new food and entertainment adventure awaiting your arrival!
For more information, visit http://www.jekyllandhydeclub.com/home.html

Time: 8:00 PMStreetPass NYC will be hosting a special Google+ Hangout Chat that will be broadcasted LIVE over the internet and saved onto YouTube for the upcoming Summer Nintendo Direct for Wii U and Nintendo 3DS.On FridayMay 17th starting at 8:00pm; fans will be talking about Nintendo Direct news, playing online multiplayer Nintendo 3DS and Wii U games and more!To enter, one simply has to add the StreetPass NYC Google+ Page(https://plus.google.com/111898744452360692154/) to their own circles.On a first come, first serve basis (space is limited), one simply needs to accept the invite at 8:00pm to join the conversation. 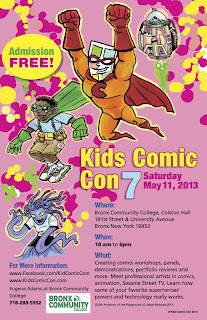 StreetPass NYC, a popular grassroots Nintendo 3DS fan club in New York City, invites all parents and kids to the Bronx Community College (181st Street and University Avenue Bronx, NY) on May 11th to demo Wii U and Nintendo 3DS video games in their booth in Kids Comic Con 2013 (Colston Hall) from 10:00 AM to 6:00 PM.
"We are super excited to not only educated children but also parents in the fun and education that is to be had with Nintendo 3DS and Wii U software products", says Jordan White, Founder and Event Organizer of StreetPass NYC. "Nintendo has a long history of engaging with and making content for children of all ages and we would like to continue that proud tradition. We also would like to use this opportunity to teach parents the educational value of video game software and inform them about the ESRB Rating System so they can shop for appropriate video game software more efficiently.""Kids Comic Con’s primary goal is to promote reading, creativity, and exploration in kids’ lives,” Alex Simmons, Kids Comic Con Creator and Founder, added. “Now more than ever it is imperative that young people embrace a continuous flow of positive ideas, skills, and outlets for their thinking as well as self-esteem. This year we've found even more people who share these ideas and goals so come share the day and the magic.”

New Super Mario Bros U "Boost Rush" Challenge -- (Sign Ups from 10:00 AM - 12:30 PM, Contest from 1:00 PM - 2:00 PM) We challenge all Gamer Parents and Gamer Kids to try to survive Boost Rush mode together! Up to five people try to rush through levels that scroll at increasing speeds as you collect coins, and aim for the fastest possible completion time. The more coins you collect, the faster the level scrolls, enabling you to reach the goal even faster! One parent (or gamer) will be on the Wii U GamePad to assist the other players on reaching the fastest time possible. The team with the fastest time will win a very cool Mario Prize!

Skylanders Giants Figurine Raffle -- (Contest from 3:00 PM - 4:00 PM) Come to check out our booth and demo any Wii U or Nintendo 3DS game to get a free raffle ticket. Between 2:00 PM to 3:00 PM if parents and kids come to demo Activision's Skylanders Giants for Wii U, you will earn three raffle tickets per demo time! Starting promptly at 3:00 PM, we will start raffling away cool Skylander's game figurines and accessories!

"Battle of the Brains" Brain Age Competition -- (Contest from 2:00 PM - 3:00 PM) Groups of two or more will battle each other out to see who has the smartest brain. Gamers will download the Brain Age: Train Your Brain in Minutes a Day! (Nintendo DS/3DS) Calculations X 30 multiplayer game (FREE) and try to solve 30 simple calculations with rapid fire speed. The gamer with the lowest brain age score will win an awesome prize!

Art Academy Drawing Contest -- (Contest from 1:00 PM - 3:00 PM) All budding artist are welcome to our booth during contest time to express their artistic skills in Art Academy: Lessons for Everyone for Nintendo 3DS! Kids can draw anything that comes to their mind, though Super Heroes, New York iconography and Nintendo Video Game characters will be a huge plus for the judges! StreetPass NYC staff will be judging artistic talent, creativity, use of color, line and shape. The winner(s) will be announced at 4:00 PM and will be rewarded prize(s) at our booth. All drawings will be featured on the StreetPass NYC Blog, Twitter, Facebook, YouTube, Flickr, Tumblr and Pinterest with name credits given.